Historical American Job Shortage Number Data, and How the AJSN Fits In

The American Job Shortage Number has varied considerably between mid-1994 and mid-2012, and since it uses unadjusted labor data to be consistent with population data, it can fluctuate more than other measures from month to month. However, using the same month each year can eliminate most of that illusion.  Here are the July numbers for each year since 1994, in graphic and chart form: 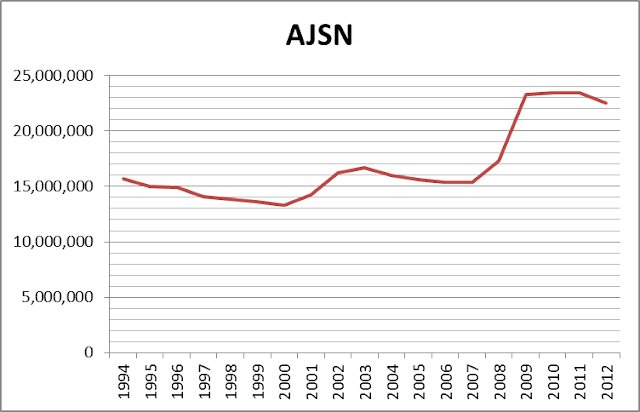 The AJSN is made up of 11 components, of which one is based on the officially unemployed and 10 are based on other groups of nonworking Americans or American residents.  The shares of AJSN from those unemployed and from the other ten statuses together (non-unemployed) has varied as follows: 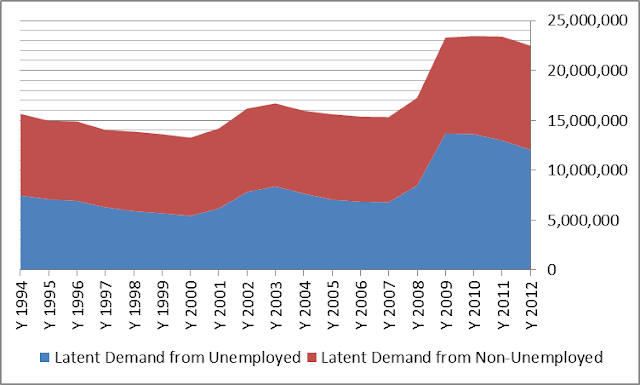 How does the AJSN relate to the Bureau of Labor Statistics measures?  When it is compared with the official unemployment rate, we get the following: 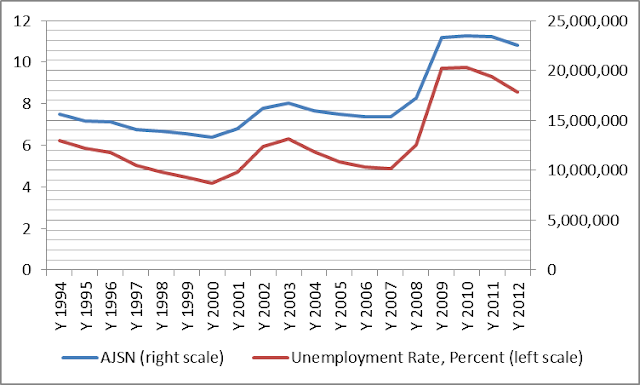 Note that the difference has been growing, especially over the past few years.  However, it not a completely fair appraisal, as we are comparing rates (unemployment) with absolute numbers (AJSN), which brings in distortion from population changes.  Comparing the AJSN, then, with the number of people unemployed gives us this: 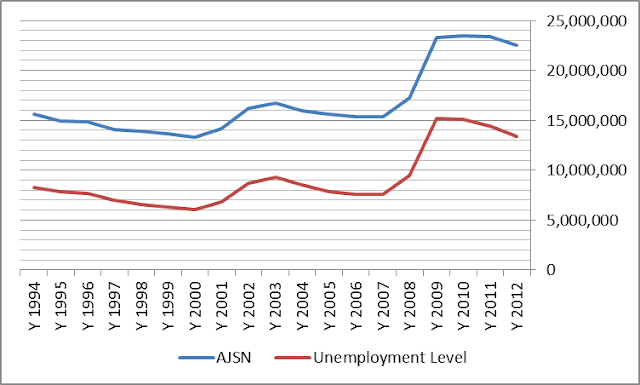 At first glance, this chart may look like AJSN is only the unemployment level plus a near-constant.  However, when we look in more detail, the gap has not been staying the same.  Consider the following: 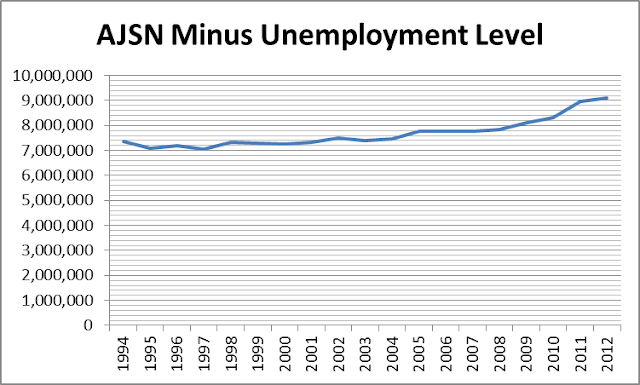 This chart shows how much AJSN has increased even with regard to the total number of people officially unemployed.  So what about population distortion, as again if the number of people is rising, the numbers within all of their categories may as well?  Here, then, is the AJSN as a per-capita metric, measured against the number of Americans aged 15 or older: 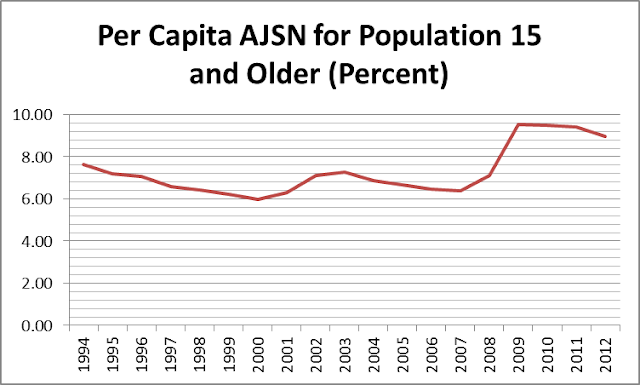 Higher numbers here are bad here, and we may be coming in on one additional absorbable job for each 10 working-age Americans.

We know that the unemployment rate represents a share of people who ostensibly want to work, but how about the number of jobs that would quickly be taken by Americans not working but not officially jobless?  Here is a view of the per-capita job demand by that set of people: 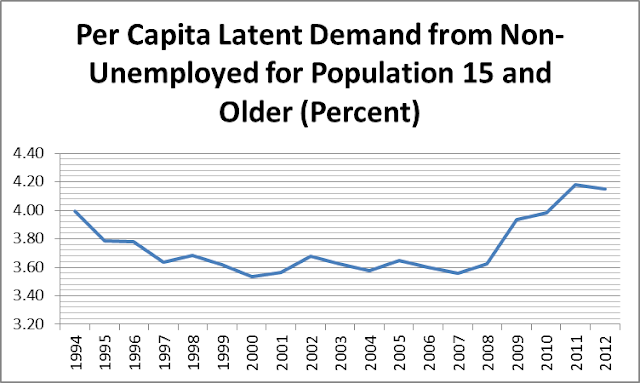 The line is bowl-shaped, and noteworthy here is the last three years.  Although the July unemployment rate peaked in 2009 and 2010 with 9.7% apiece, the number of jobs others without them would work has continued to climb.  That is what we are seeing now, with job demand rising without regard to official unemployment.  I will follow these trends and we will see if they continue, as I expect they will.

----
Here is a chart of the estimated numbers of American citizens living elsewhere, which is an input to the AJSN.  All other data used is from the Bureau of Labor Statistics and the United States Census Bureau.